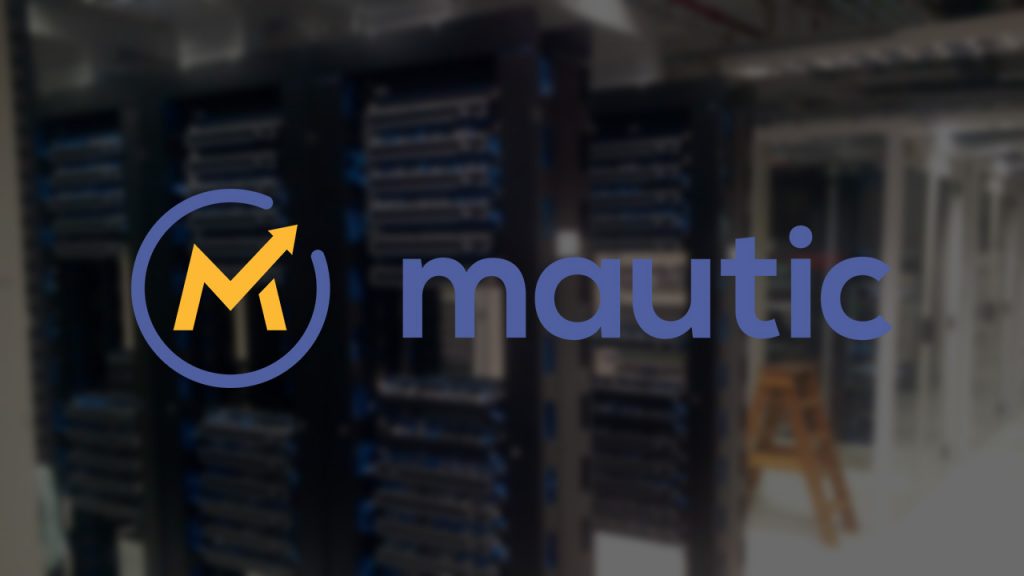 Where to Host Your Mautic Instance

Do you want the flexibility of hosting Mautic yourself, including full access to all the plugins, webhooks and the API? Are you affected by the recent pricing changes at Mautic.com (a.k.a. the Mautic Cloud) where the Mautic Pro plan is no longer $12/month for unlimited contacts? Allyde, the owners of Mautic.com, recently stripped down the features of the Free plan, limiting users to 1 seat and a maximum of 5,000 contacts.

We don’t blame the company for realigning their pricing.  When you consider none of the competition has a free tier, Mautic.com provides a reasonable starter package for startups and micro-businesses. Also, the more profit Allyde earns from providing software-as-a-service, the more money can go towards improving the free, full-featured community version of Mautic. Making these changes paved the way for Mautic to secure $5M in funding from backers including G20 Ventures and _Underscore.VC, who will benefit self-hosted and SaaS users of the Mautic platform alike.

You’re probably wondering where to start when choosing a web host for Mautic hosting. You can certainly install Mautic on a virtual or dedicated server, but small to medium businesses should consider a managed hosting plan: shared hosting, cloud hosting, a managed VPS or managed server — for ease of configuration, stability and security. Even though they are cheap, you should only really be considering an unmanaged VPS such as Amazon Web Services or DigitalOcean if you are technically skilled in administering servers through the Linux shell (command line).

The main thing to be cautious of when running Mautic in a shared hosting environment is taking up too many CPU cycles and getting suspended by your web host. If your campaigns and segments are somewhat complex, Mautic can exceed a shared web host’s CPU usage limits when running its hourly cron jobs.

Cloud hosting provides performance somewhere between a shared plan and an actual VPS.  If you aren’t ready to give up cPanel, it’s a simple yet cost-effective upgrade from a shared hosting plan, giving you access to higher CPU and RAM usage limits in a lower density environment. Rather than your site being hosted on a single server, it will be supported by an array of servers which can kick in if your site comes under high-load.

Cloud hosting is particularly easy to use because it looks and feels like a shared hosting account, including cPanel, the most popular GUI control panel for Linux servers. But in the backend, your site is more resilient to sudden bursts of traffic, and in the case of Mautic hosting, dynamically updating a large number of contact records.

Save 25% on any HostGator plan, including Cloud Hosting by entering coupon code “MAUTICHOSTING” in the shopping cart when you sign up. With the coupon, an annual Baby Cloud plan, with 4 CPU Cores and 4 GB RAM, is only $125 after discount.

If you expect your Mautic instance to store a large number of contacts, it might make sense to look at a virtual private server (VPS) or dedicated hosting service. Unlike with shared or cloud hosting accounts, you are given root access to install the packages of your choice and edit system configuration files, allowing you to fully customize your hosting environment.  Dedicated hosting begins to make sense when your resource needs scale to beyond a single physical server, or if you’re in an industry such as e-commerce where isolating your instance from other hosting customers is required for security reasons.

Servers are provisioned in two types: Self-Managed and Fully Managed.

Self-managed, virtual private servers (VPS) with ample resources to run Mautic are available for as little as $10/month. This option provides a powerful solution at an affordable price for webmasters who are comfortable with setting up their own server environment, or customers who are working with a Mautic consultant knowledgeable in server administration. Popular options include Amazon AWS, DigitalOcean and Linode.

If you’re thinking about going this route on your own, you should be comfortable with routine Linux tasks such as updating packages, navigating the file system and troubleshooting server errors using logs. It can be a good idea to have an cloud infrastructure consultant assist you with first-time setup procedures including:

The virtualization revolution has accelerated the number of VPS instances launched by users in the past few years. Hackers are using sophisticated tools to target misconfigured servers to steal information, deface users’ websites or worse. If you plan to set up your own Mautic server, refer to these security tips and consider getting a professional’s opinion.

We compared the best VPS hosting plans available for $10/month from Amazon Lightsail, DigitalOcean and Linode. See why Linode came out on top.

Managed virtual or dedicated servers from an enterprise-grade company such as SoftLayer or LiquidWeb are the most expensive, but possibly preferred solution for a critical deployment. Technicians are on hand to assist you with installing a control panel, troubleshooting configuration files and securing your server around the clock.

For a fully managed VPS using Virtuozzo, OpenStack or KVM, you should budget at least $50 – $150/month. If you require a managed dedicated server where you are the only tenant on the physical machine, prices start from $200/month and up.

Not all managed server plans are created equal. Sometimes migration and/or installation services are baked into your contract. More importantly though, the level of support you expect to receive is a key driver of the price you need to pay. Shorter incident response times and more stringent uptime guarantees in the service level agreement (SLA) are bound to increase your costs.

Need help navigating the confusing world of servers? Contact one of our consultants.

The Bottom Line about Mautic Hosting

Hosting your Mautic instance on an existing shared hosting account is the simplest solution and adds no additional costs, but you may encounter performance issues if you plan to extensively use Mautic’s campaign flows and segmentation features. We would recommend a service such as HostGator Cloud Hosting at a minimum for most SMBs. For just a few dollars a month more than shared hosting, you get the same ease of configuration but more breathing room before your web host would suspend your account.

Companies with extensive digital marketing activities should certainly upgrade to a virtual server. A VPS provides an isolated environment where your Mautic instance’s performance won’t be affected by a neighbor running an insecure or resource-draining script. With your own virtualized operating system, you are free to run applications that require root access and optimize your server’s settings to suit your workloads. Our recommendation for the best Mautic VPS hosting service 2017 is Linode.

Most of the time, a dedicated server is probably overkill for running Mautic — you could run multiple instances of Mautic on today’s powerful, multi-core servers. One scenario where dedicated hosting might make sense is for an agency hosting their clients’ Mautic instances. However since most marketing agencies don’t have extensive IT staff on hand, outsourcing hosting for marketing automation is more common in the industry. Ask us about large scale deployments of Mautic, including in multi-tenant environments.

Next Steps: Setup and Install Mautic

Have you chosen your hosting? The next step is to install Mautic on either your shared or cloud web host, VPS or dedicated server. Take a look at our helpful tutorials for extra help: