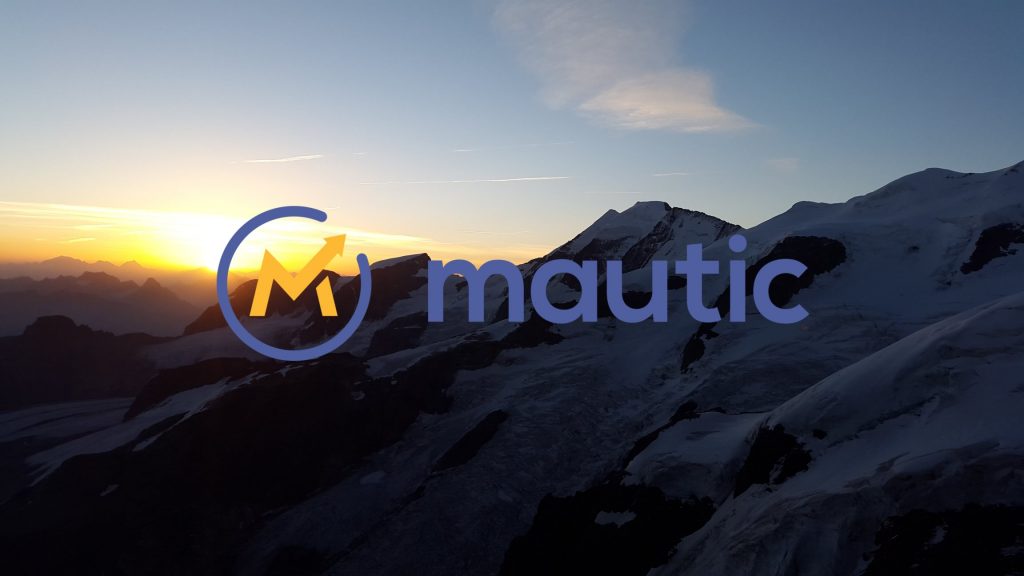 Mautic – An Open Marketing Platform with a Bright Future

In the startup world, an experienced founding team is said to be one of the most important factors predicting a venture’s success. If you haven’t heard of Mautic already, it’s an open-source marketing automation platform that’s taking on established competitors like HubSpot, Pardot and Marketo. Marketing automation is one of the most competitive arenas in B2B software, with upstarts like Act-On, SharpSpring and Maropost also vying for supremacy. 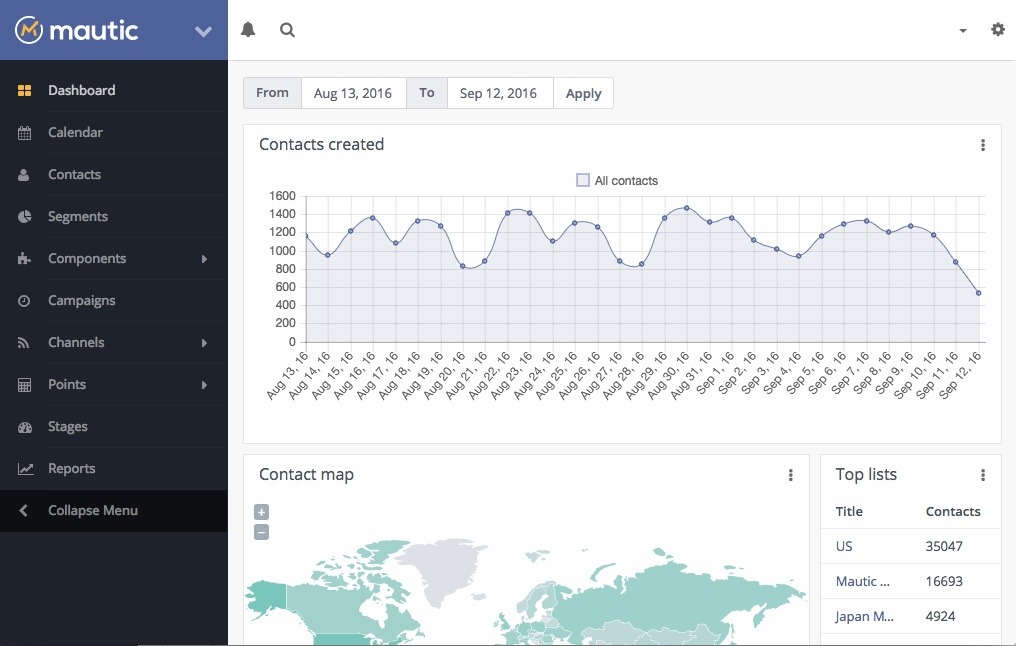 Why do we think Mautic will succeed in such a crowded space? First of all, Mautic is set up as a partnership between the non-profit Mautic Foundation and Allyde, the commercial arm of the organization providing cloud Mautic hosting known as “Mautic-as-a-service.”

This model is tried and true with successful open-source projects, from WordPress to Mozilla Firefox. WordPress.org steers the development of the code base, while WordPress.com generates income for Automattic, the parent company, by letting people host WordPress blogs with them for a monthly fee. Mozilla Firefox operates similarly, with the Mozilla Corporation being a wholly owned subsidiary of the Mozilla Foundation. The Corporation contracts on the Foundation’s behalf with Google to share in the ad revenue generated from Firefox’s search bar, an arrangement that throws off income which can be reinvested in the project. 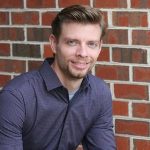 Going back to our point on experience, Mautic’s co-founder David Hurley (@dbhurley) has been involved in the Joomla project as a Community Manager for a number of years prior to founding Mautic – bringing the real-world chops needed to kick-start a fledgling open-source project. He has taken Mautic from release candidate to version 2.1 in just over two years (Mautic was founded in February 2014). Like any seasoned entrepreneur would advise you to, David has smartly surrounded himself with some of the smartest minds in the marketing software industry.

His counterpart who sits as the President of Mautic, co-founder Gary Allred (@glallred) brings over 30 years of experience as a Chief Financial Officer to what’s mostly a young team of 14. Mautic’s VP Product Management, Matisha Ladiwala (@matishaladiwala) and VP Enterprise Sales, Mary Rogul (@mrogul), hail from companies who need no introduction to marketers, including Constant Contact and HubSpot.

Another milestone that will only add to Mautic’s rising star is raising $5 Million in Series A funding led by G20 Ventures and _underscore.vc in September 2016, a follow up investment to a $600K seed round by the same VCs earlier this year. As part of the transaction, Matt Johnston (@matjohnston) is coming over from a CSO/CMO position at Applause, an app “crowdtesting” service, to lead Mautic as CEO.

The tech community is sitting up and taking notice of a project that has the potential to be the next WordPress-like success story. By joining _underscore.vc’s stable as part of their Marketing_Core and Open Source_Core communities, Mautic will enjoy support from other companies that often have synergies with their software. In fact, Open Source_Core is led by Dries Buytaert (@dries), the founder of Drupal, an enterprise-focused CMS with over 100,000 users actively contributing to the project. 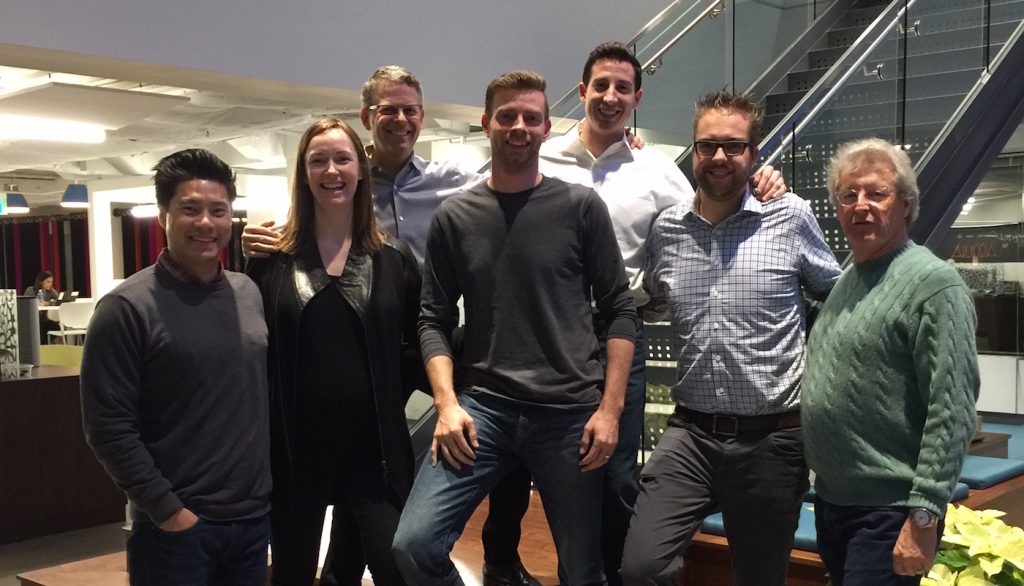 As you probably know, an ideal marketing automation platform should integrate tightly with your CMS, enabling marketing users to speedily launch campaigns without always needing to involve IT. Under the “single roof” of a marketing automation suite like Mautic, you can track visitors, build marketing email, landing pages and automate activities such as nurture campaigns and sales handover. Mautic currently supports WordPress, Drupal, Joomla, Typo3 and Concrete5 with plugins that will automatically embed the Mautic tracking code into every page of your dynamic website. In addition, Mautic supports a growing list of other popular integrations with CRMs, email service providers and social media.

As Mautic consultants, we have evaluated the software’s capability in-depth. Mautic truly brings together the best features of commercial marketing automation platforms like HubSpot, Pardot and Marketo. True, Mautic is still in its infancy with features like social media monitoring still being fleshed out, but at Version 2.1, it’s a mature piece of software ready for production. It’s also not saddled with the legacy code that earlier solutions like Eloqua and Marketo suffer from. Mautic started from a clean code base, giving it a thoughtfully designed UI and automation features that leapfrog over its competitors.

If you’re currently juggling different dashboards for email, forms, landing pages and A/B testing, give Mautic a try and you’ll be surprised how well it stands in for those individual solutions. All in a single, neat package. On the other hand, the beauty of Mautic is in its flexibility. For instance, you can choose to use the built-in CRM or push sales-ready leads over to your existing CRM — it’s up to you. Likewise with email, you can sync your lists over to a dedicated email service provider like MailChimp or build, test and send emails directly from Mautic using an SMTP service such as Mandrill, Sendgrid or Amazon SES.

After all, Mautic’s price is unbeatable at $0/month if you opt to host it yourself, besides the cost of hosting, of course. Mautic is not a free trial or freemium with crippled features. The project was founded on the belief that you shouldn’t pay to reach your own contacts, nor should you be punished for growing your sales and marketing funnel.

Beyond cost, there are additional benefits to a self-hosted option, which are simply unavailable with pure SaaS providers. Besides SMBs, Mautic is aimed at the mid-market and enterprise, which might include customers in sensitive sectors like government. You can host Mautic on any compatible PHP/MySQL infrastructure, so you are always in control of your data. This improves privacy and security while also avoiding vendor lock-in — common factors that have slowed the adoption of marketing automation in industries that are hesitant to rely on the public cloud.

Finally, Mautic is the most internationalized marketing automation platform on the planet. There are over 24 translations of Mautic and users can even contribute their own. Having a free marketing automation option, while competing solutions typically charge $2,000 to $4,000/month for a limited number of contacts, has democratized access to the technology for businesses with any budget. Some of the greatest concentrations of “Mauticans”, as members of local user groups are known, are found in emerging markets like Brazil.

At Autoize, we are absolutely excited about the future of Mautic, hence why we have built our marketing consulting practice on the back of the Mautic platform. The richness of the open-source community, core feature-set and selection of plugins and themes will only grow over the years. If you are curious about adopting marketing automation, or switching over from another solution, please contact one of our Mautic consultants. To download a copy of Mautic and learn more about the Mautic Association, visit Mautic.org.