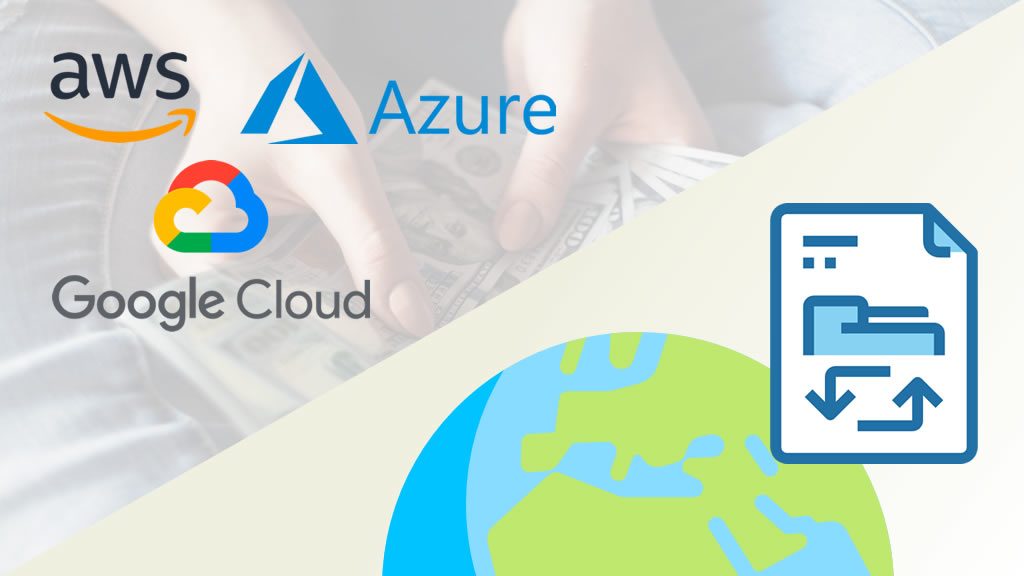 Migrating from AWS, Azure, GCP to an Independent Cloud Provider

Would you like to migrate your workloads from AWS, Azure, or GCP to an independent cloud provider? If your organization is primarily using IaaS products such as VMs, Load Balancers, Block and Object Storage, you could save up to 75% off AWS and Azure pricing.

Transforming CapEx to OpEx is fantastic, but cloud costs can quickly spiral out of control as your development & infrastructure teams help themselves to heaping amounts of on-demand services. If you can accurately forecast your baseline infrastructure needs for 1 – 3 years in advance, you can save some money with Reserved Instances (AWS, Azure) or Committed Use Discounts (GCP). On the flip side, locking into RIs can tie you down to prior-generation instance families with older, less efficient CPU cores. Among the major providers, we like Google’s Sustained Usage Discounts which provide up to 30% off list prices on VMs running for the entire month, while maintaining the elasticity of on-demand scaling.

Figuring out how much to bid for Spot Instances, and managing capacity in a Spot Fleet, is usually too complex for small to medium businesses running just a few services in the cloud.

Spot, or Preemptible Instances are another cost-cutting measure that is often suggested to organizations looking to trim their monthly cloud bill. Usually using Spot Instances requires code changes so when the underlying instance is terminated, the application flushes the data to persistent storage so another VM can pick up the slack. Not all workloads are well-suited towards Spot Instances, but they tend to work especially well for batch processing jobs. Figuring out how much to bid for Spot Instances, and managing capacity in a Spot Fleet, is usually too complex for small to medium businesses running just a few services in the cloud.

Managed services, also known as PaaS, have historically contributed to vendor lock-in, but the independents are rapidly introducing counterparts to services such as Amazon RDS and EKS, including DigitalOcean Managed Databases (GA for PostgreSQL, August 2019 ETA for MySQL) and Managed Kubernetes Service.

Private networking is another thing that tends to work differently on the major, enterprise clouds compared to the independent cloud providers. We’ve outlined some ways to keep your backend servers safe on cloud providers with a local network shared across all customers in the same datacenter.

Running highly available services, and scaling on competing cloud providers can be more challenging than with AWS/Azure/GCP, if you’re used to features such as Auto Scaling Groups or Elastic IPs. Also, if you have configuration management scripts that rely on the AWS/Azure/GCloud CLIs or APIs to provision new resources, some of those systems would need to be refactored to keep SysOps as automated as they were before. Fortunately, Playbooks and Cookbooks for open source Infrastructure-as-Code tools such as Ansible, Chef, and Puppet can be easily ported to a different cloud, should you choose to make the switch. Orchestration and scaling can be increasingly done with non-proprietary technologies such as Docker containerization and Kubernetes.

Even before accounting for disk and bandwidth costs, Linode’s 8GB instance costs 71.3% less than Microsoft Azure.

So what is the big advantage of migrating from AWS/Azure/GCP to smaller cloud providers such as DigitalOcean, Linode, or UpCloud? You get much more bang for your buck (check out the pricing and performance benchmarks) with much simpler pricing — eliminating unexpected surprises on your cloud bill. A typical instance with 8 GB RAM / 4 Cores costs $40/mo with one of the smaller players, while a similar A4v2 instance with Azure costs $139.43/mo. Taking Linode as an example, a Linode 8GB comes with a 160 GB SSD storage vs. Azure’s A4v2 instance with a measly 40 GB temporary storage. Don’t forget bandwidth either. Linode includes a heaping 4TB of outgoing transfer, but on Azure, every GB of egress bandwidth up to 10 TB/mo costs $0.087/GB. Even before accounting for disk and bandwidth costs, Linode’s 8GB instance costs 71.3% less than Microsoft Azure. 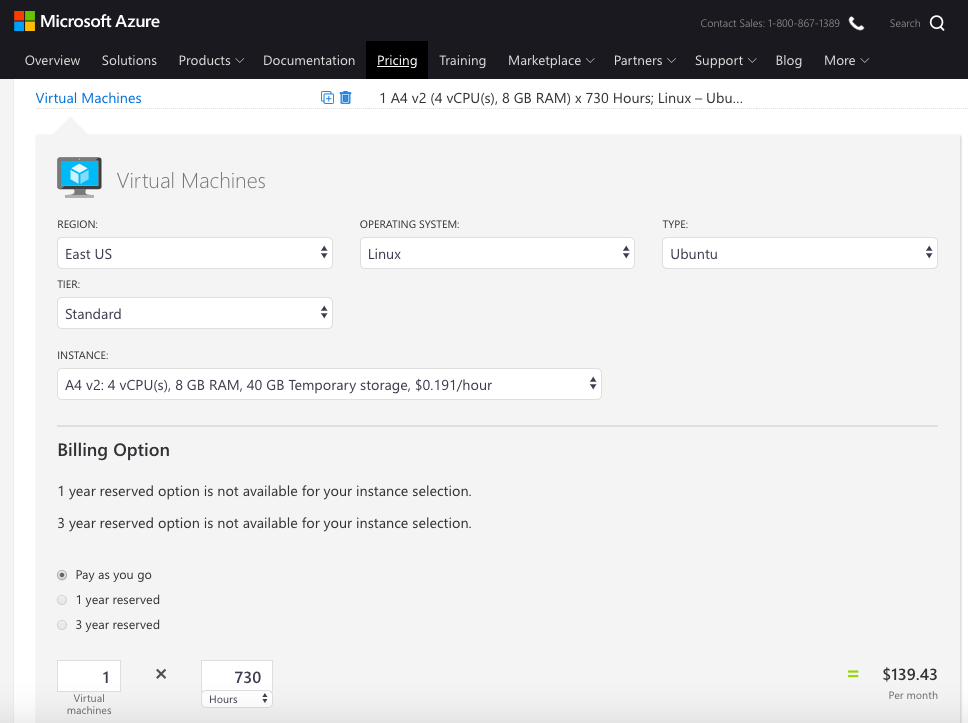 Keeping resources running 100% of the time on DigitalOcean or Linode is actually less expensive than implementing cost-cutting solutions such as Spot Instances or Auto Scaling on AWS/Azure/GCP, which add significant engineering complexity.

Whether or not you dynamically scale your cloud resources based on demand, you’ll save by moving to a cloud provider with cheaper pricing. You might realize that even keeping resources running 100% of the time on DigitalOcean or Linode is actually less expensive than implementing cost-cutting solutions such as Spot Instances or Auto Scaling on AWS/Azure/GCP, which add significant engineering complexity.

Many novice users moving to the cloud don’t realize that AWS, Azure, and GCP include no technical support with their standard pricing, besides billing and basic support.

Support is another aspect where the major cloud providers can be beat by 24/7/365 US based phone support (on Linode) and live chat support (on UpCloud) at no additional cost, whether you run 1 instance or 100 instances. AWS’s production-grade Business support costs $100/month minimum, or 10% of your first $10,000 in monthly AWS spend (whichever is greater). Many novice users moving to the cloud don’t realize that AWS, Azure, and GCP include no technical support with their standard pricing, besides billing and basic support.

We help customers migrating from major cloud providers save up to 75% on their cloud bill.

One of Autoize’s customers, Home.ca, moved from RackSpace to Linode and is expected to save over $35K over 5 years adjusted for TVM, while maintaining the same level of resources. Read the case study to see how we dramatically reduced their company’s infrastructure expenses by migrating their Laravel and Symfony-based applications, including website, CRM, and marketing automation to Linode.

What might you give up by switching from AWS/Azure/GCP to an independent cloud provider? The major clouds have more regions and availability zones within each region, which can be a key consideration if your application requires Multi-AZ or Multi-Region redundancy for High Availability (HA). Currently, DigitalOcean has multiple data centers in its New York (NYC1, NYC2, NYC3) and San Francisco (SFO1, SFO2) regions, and UpCloud has multiple data centers in its Helsinki, Finland (HEL1, HEL2). Entire datacenter outage events are rare, but for mission-critical applications require 99.9% or 99.95% availability or greater, the case could be made that AWS/Azure/GCP provide better facilities for HA setups. As you may know, the private networking (instance-to-instance) functionality on DigitalOcean and Linode are limited to the same datacenter, so datacenter-to-datacenter traffic must travel encrypted at the application level, or over a VPN — increasing overhead and latency. Notably, UpCloud has a global private network (that’s not shared) which spans across all of its global data centers — putting them on par with AWS, Azure, and GCP’s networking capabilities.

If your application requires multiple AZs with low latency between each other for redundancy & failover, such as database or storage replication, the major clouds provide a much greater choice of geographic regions containing multiple AZs (i.e. data centers). AZs are architected to be in separate buildings with independent power, cooling, and network backbones, to increase resilience against disasters such as storms, fire, floods, and tornadoes.

It’s up to you to decide whether you’re content with multi-datacenter options in New York and San Francisco (with DigitalOcean) or Helsinki (with UpCloud). If your compliance requirements require you to store & process data with certain countries, while maintaining a disaster recovery site in a nearby location, the major cloud providers will undoubtedly provide the best selection.

Inter-region networking performance will also be superior with AWS, Azure, and GCP given that the major corporations have the clout to build a global private network with fiber routes spanning across continents.

The pricing difference between AWS, Azure, and GCP compared to the smaller challengers ultimately come down to: 1) brand recognition & marketing 2) breadth of global infrastructure 3) tooling for automating IT operations 4) ability to meet bespoke compliance/technical requirements typical to enterprises. For general purpose applications, many organizations barely notice these tradeoffs. On the other hand, the enormous savings can encourage your teams to freely experiment with new & innovative ways to use the cloud without worrying about the cost. In fact, many companies, including popular SaaS providers, confidently host their production environments with DigitalOcean, Linode, or similar providers — enjoying the savings along the way.