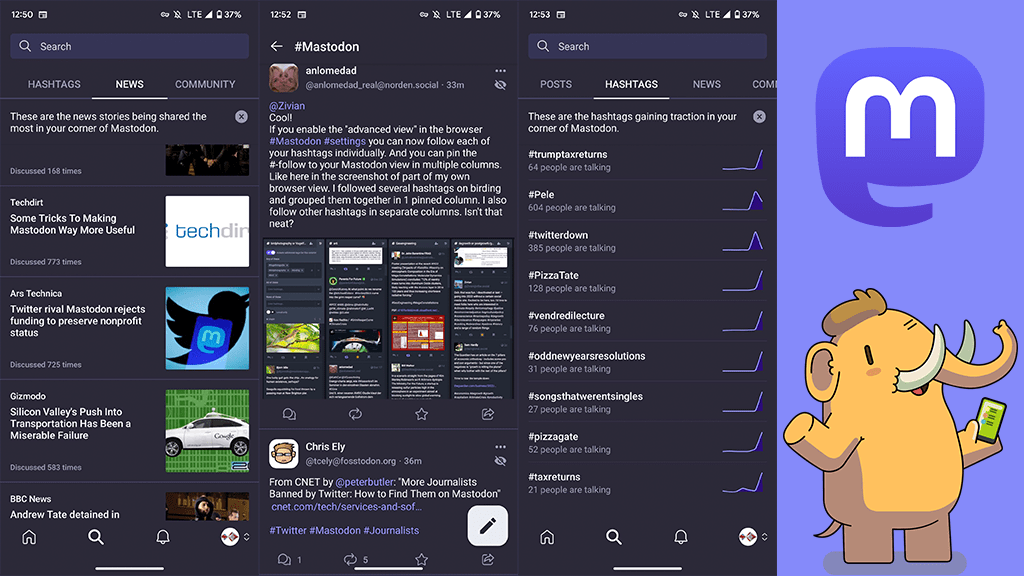 What Marketing/PR Pros Need to Know About Mastodon

If you’re a PR and Communications professional, you’re almost certain to be on Twitter, the microblogging platform described as “the world’s town square” or the 21st century’s news wire service. From its founding in 2006 until now, Twitter has been the place where people go to share and consume live updates, so-called “live tweeting”, about global events happening in real-time. Organized by hashtags (“#” symbol followed by a keyword) and a list of trending topics on the sidebar, exploring different perspectives about any theme is only a click away from one’s Twitter feed.

Because of Twitter’s dominant position, most PR professionals see Mastodon from the lens of being a “Twitter alternative.” While it’s true that Mastodon has many of the same capabilities & functionality as Twitter, the ownership and control of Mastodon’s “fediverse”, as well as the ethos of its community bears many differences from Twitter.

So you might ask, “What is a fediverse?” Mastodon is part of a family of open source projects that federate individual instances with each other over the ActivityPub protocol. These projects include Pixelfed (Instagram alternative), WriteFreely (Medium alternative), Peertube (Youtube alternative), and many more. ActivityPub is unique because of its decentralization. Even though each instance is hosted by a separate administrator, content residing on virtually any instance can be discovered, no matter which “home instance” you belong to.

Users also have a standardized way of addressing each other across instances, much like with an email address. With Mastodon, a user can be “tooted” at or direct messaged with the “@” symbol followed by their handle “@” their instance’s domain. For example, Mastodon’s founder has his profile located at @Gargron@mastodon.social. Mastodon.social is the “OG” Mastodon instance hosted by the Mastodon GmbH non-profit, but because registration is often full there, users are actually encouraged to register with a third-party, community-hosted Mastodon instance. Lists of Mastodon instances federated with the Fediverse can be found on Mastodon’s official website or at Instances.social.

Normally, the first thing you might do when you hear about a new social network is to reserve your brand’s handle to protect it from impersonators and brand hijackers. If you want to get on Mastodon on behalf of your company or organization, there are two ways to do so: a) join an existing Mastodon instance hosted by somebody else b) create your own Mastodon instance.

In some cases, joining an existing instance can make sense if your brand tightly aligns with the interests or values of a Mastodon community online. For example, there are instances dedicated to serving a certain geographical region (e.g. the UK), profession (e.g. technology), or special interest (e.g. LGBT issues). However, there are limitations and caveats which marketing communications professionals should carefully consider before establishing their brand on somebody else’s Mastodon instance, rather than becoming the administrator of their own self-hosted Mastodon instance.

Before you invest time in building a brand presence on Mastodon, it might be worthwhile to consider setting up your own Mastodon server. That way, your efforts establishing a Mastodon profile and engaging with Mastodon users in the Fediverse won’t be wasted by the untimely demise of a server. On your organization’s instance, you will be the administrator, and be able to delegate administrator and/or moderator privileges to other trusted people.

As Mastodon is an app developed with a Ruby and Node.js backend, setting up a Mastodon server requires a non-trivial amount of Linux technical knowledge. But once a Mastodon instance has been sized and configured properly, marketing / PR teams will be able to nurture their very own community from an intuitive web dashboard, including an area exclusively for admins.

Customizing an instance’s description & branding, and deciding on rules such as moderation policy and guidelines for approving new registrations, or opening up registrations to the world, will be up to your community manager.

As an independent Mastodon consultant, the Autoize team provides full technical support in Mastodon  installation and maintenance. We will prepare a server at the hosting provider of your choice (AWS or other clouds) with the requirements for installing Mastodon, set up the dependent services such as PostgreSQL, Nginx, and Redis, and finally, properly secure & optimize the server.

We’ll help you with key decisions, such as choosing a cost-effective and performant object storage provider for the media content (images & video) that your users upload. Based on the estimated number of users and federations, our Mastodon consultants will also help you choose an appropriate server size & type at your preferred cloud provider. If you don’t know which cloud provider to use, we can also recommend one in a region that’s close to most of your users.

From time-to-time, it will also be a good idea to engage our firm to update Mastodon to the latest release, and perform other maintenance activities, such as scaling your Mastodon instance to multiple Puma servers behind a Nginx load balancer as your number of users grow.

If you want to run your server without opening it up to the Fediverse, it’s also possible to configure Mastodon to run without federation. This is useful, for example, if you want to provide an enterprise social network (similar to Yammer) for your company’s Intranet, where you’d use Mastodon for internal collaboration and knowledge sharing. In our capacity as Mastodon consultants, we can also assist with customizing Mastodon for use in Limited Federation Mode.

If you’re interested in implementing Mastodon for your organization, please don’t hesitate to contact our team of Mastodon consultants.