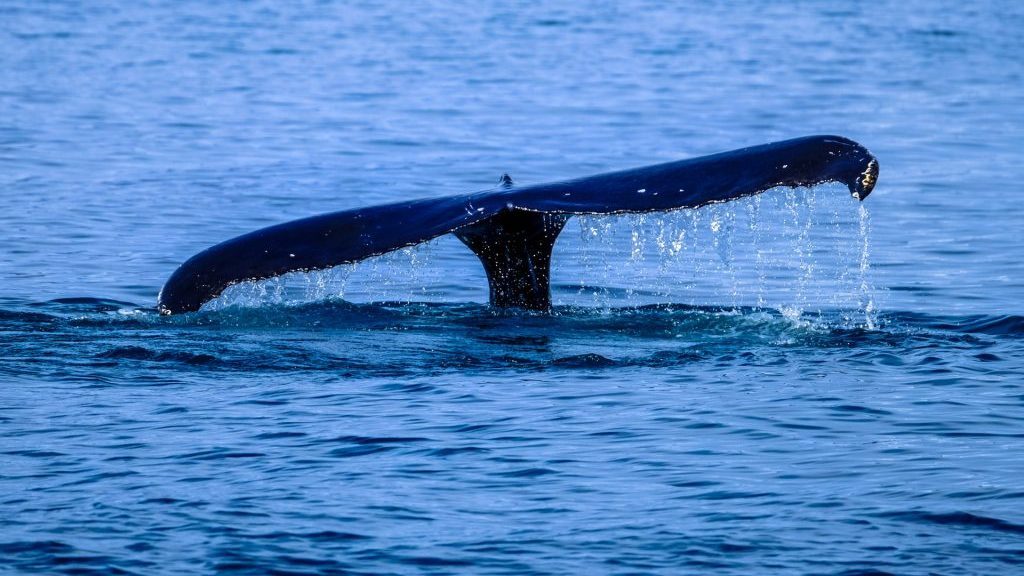 Setting Up a Docker Environment

Guide to Choosing the Right Docker Release for Your OS

As a cross-platform application container runtime, Docker CE (Community Edition) can be installed on Windows, MacOS and Linux on your laptop, in the cloud or on a bare metal server. Depending on which operating system you’re running, if you use Windows in addition to Linux containers, and what other hypervisors are on your system, you will install Docker using a different method.

If you are on Windows or Mac, it is recommended to use Docker for Windows or Docker for Mac unless you don’t meet the system requirements. These apps use the VM hypervisor native to each operating system (Hyper-V or HyperKit) and include a background process that automatically updates your Docker Engine to the latest version. 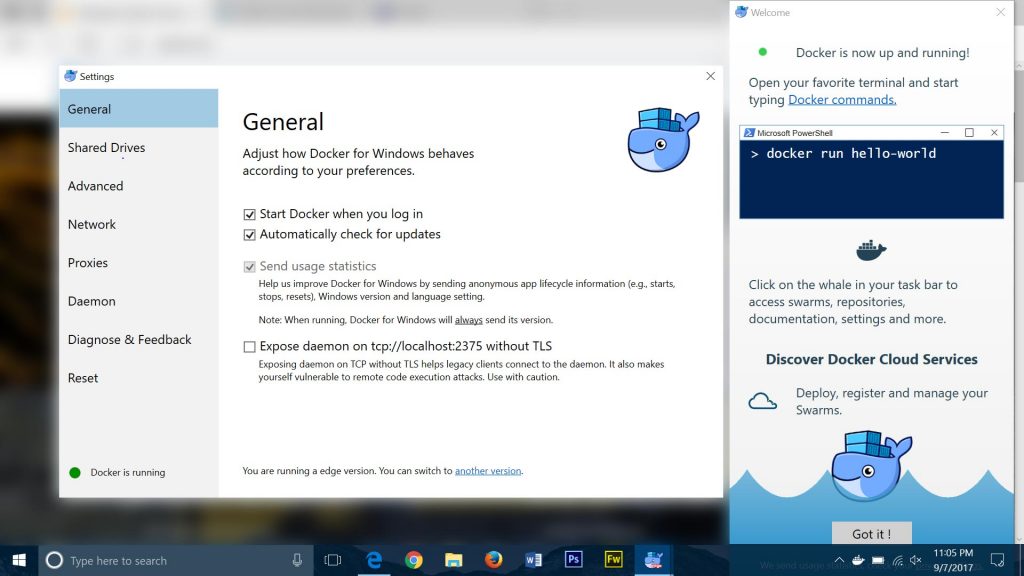 Once you have installed Docker for Windows or Docker for Mac, you can use any shell on your system, whether it’s Powershell, Command Prompt or Terminal to issue docker commands. There’s also a GUI you can access from your system tray (Windows) or menu bar (Mac) for configuring:

As an alternative, you would use the legacy solution – Docker Toolbox. Docker Toolbox is an all-in-one installer that uses Docker Machine to spin up a VirtualBox VM, and generates a key for the Docker Quickstart Terminal (CLI) and Kitematic (GUI) on your host machine to communicate with the Docker Engine.

On the contrary, Docker for Windows and Docker for Mac do not use Docker Machine because they manage and update the VM directly, instead of provisioning it via the VirtualBox driver. The current (non-Toolbox) implementations of Docker have also spun out Kitematic, a desktop app used to discover and manage containers, into a separate download.

Stable releases come out quarterly, and Edge releases come out monthly. When you install Docker for Windows or Mac, or add the repository to your Linux distribution, you can select the Stable or Edge channel depending if you are running in production, or testing the latest features. 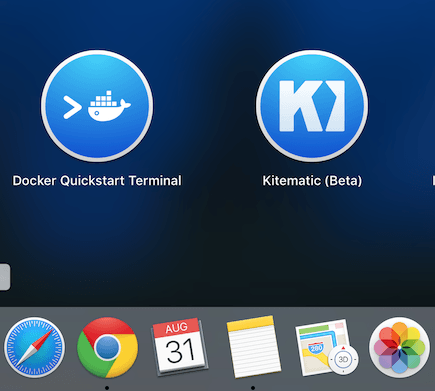 Why shouldn’t you install Docker from your OS’ default repositories? The versions are much out-of-date compared to Docker’s Stable release, and you won’t have access to Edge versions for testing.